The feature event of the evening was the $35,000 1.45m Royal West Championship and the 1.45m Overall championship— sponsored by Tractorland of Airdrie, Calgary and High River. It was a cumulative event with points accumulated from the previous two nights counting to the final. 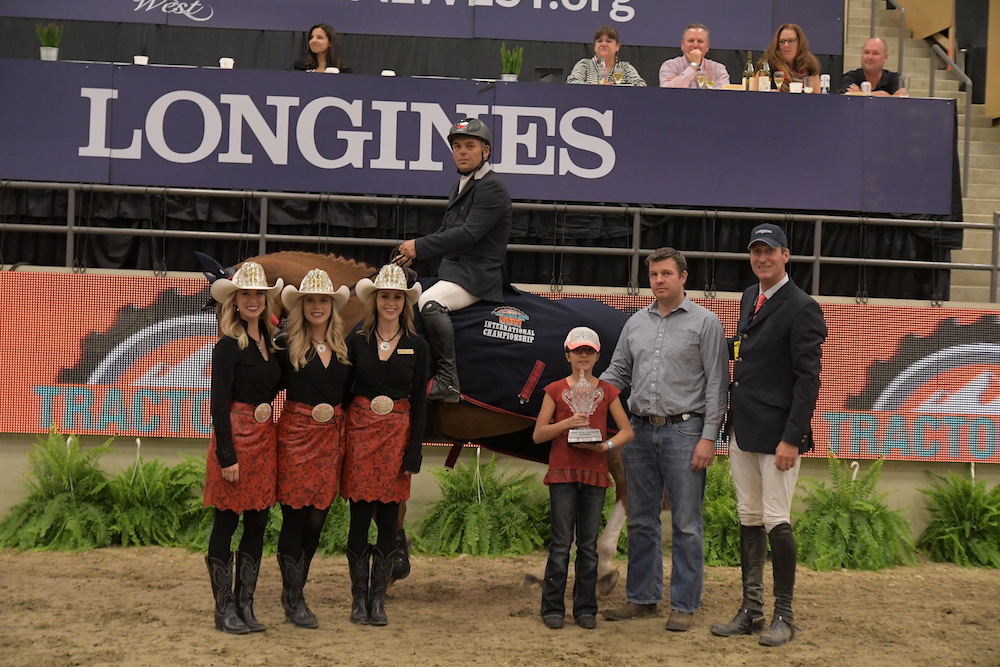 Werner Deeg designed the longest course so far this week to test the riders. Phase Three saw an exciting jump off featuring 11 horses. Samuel Parot, winner of Phase 1 on Thursday, scorched the course in 40:95 aboard Couscous van Ortli to win the competition.

Parot, who has been battling leg injury, said the key was to keep his speed around the course without tiring Couscous buy going too hard too early. “I hope in the next week that the pain in my leg will go down. I was lucky tonight. Yesterday my horse was a little strong early and missed a jump, but today was very good.”

In second was Canada’s Keean White aboard Carrera van het Westleven Z in 42:84. He had to balance the needs of his three different horses as he progressed through the night. “It was a good technical course, the most difficult of the three days. Bigger and tougher. It was very educational for the horses as we get ready for the Longines next week.” 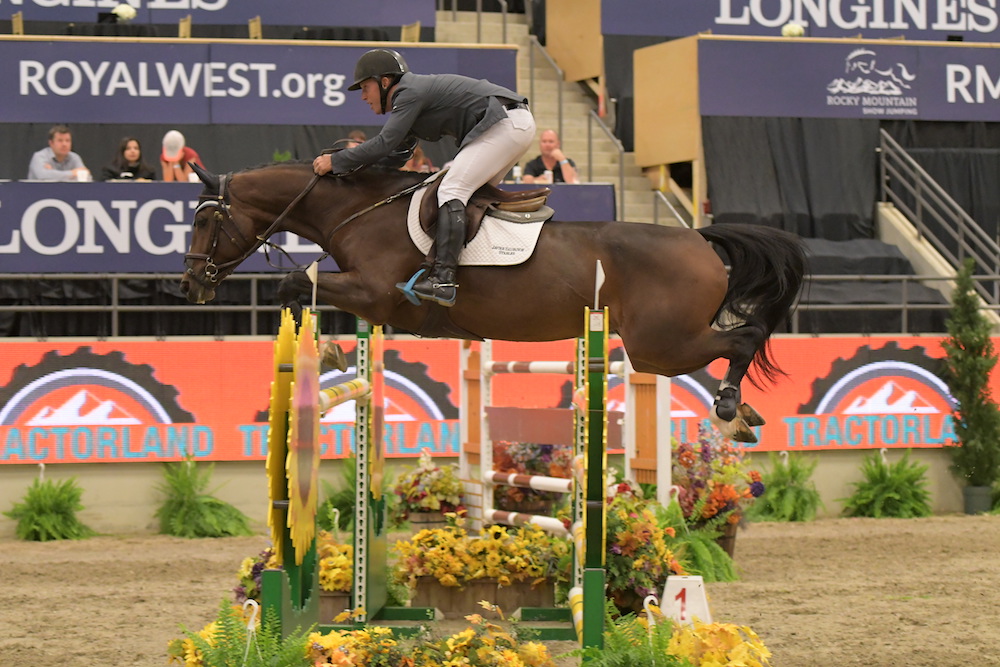 With his second place in Phase Three, Keean White was the gold medal winner of the 1.45m Overall Championship. Canada’s Jill Henselwood captured the silver medal. “It doesn’t matter indoors or outdoors,” she said. “Werner always designs a great course. You have great footing, great courses and great stabling, and that makes it easier to relax.”

Brian Morton of Canada won the bronze medal and talked about adapting to the indoor conditions. “It’s always a challenge coming indoors for the first competition of the year. But this was a great preparation for getting the horse confident for next week.”

Royal West president John Anderson, who didn’t jump off with his horse Terrific, said the three Canadians in the combined is encouraging. “All team members of Team Canada riding here shows you the quality of the riders and the horses we have here this week.”

Earlier in the day it was the Rob Chad show as the Canadian rider won three times in the afternoon events. After scoring gold twice earlier he completed the hat trick aboard Tjengo in the $1,000 Royal West Championship 1.20m. Carly Stevens notched the double winning second aboard Diva and third with Corona OS.

Results for all the classes on Saturday can be found at http://showgroundslive.com/rmsj/results/DailyResults