At the top of the bill on opening night was the $35,000 1.45m Camelot Stables Cup (presented by Golden West Radio). A full field of 39 on Werner Deeg’s challenging course provided a stirring challenge for the prize money.

Taking top prize with a clean ride at 52.72. seconds was JK Horsetrucks Chantilly ridden and trained by the big winner at the 2015 Royal West, Samuel Parot of Chile. All three of Parot’s horses in the competition posted similar times but he was able to find a little extra speed. “Between jump three and four I was able to pick up a little time,” he said. “Otherwise there was not much to choose between them.”

Parot, who’s riding with a sore leg from an accident two weeks ago in Sacramento, said it’s great to be back after his success in Calgary in 2015. “It’s always very nice to come back here, everyone is very friendly. It’s even more friendly when you win.” 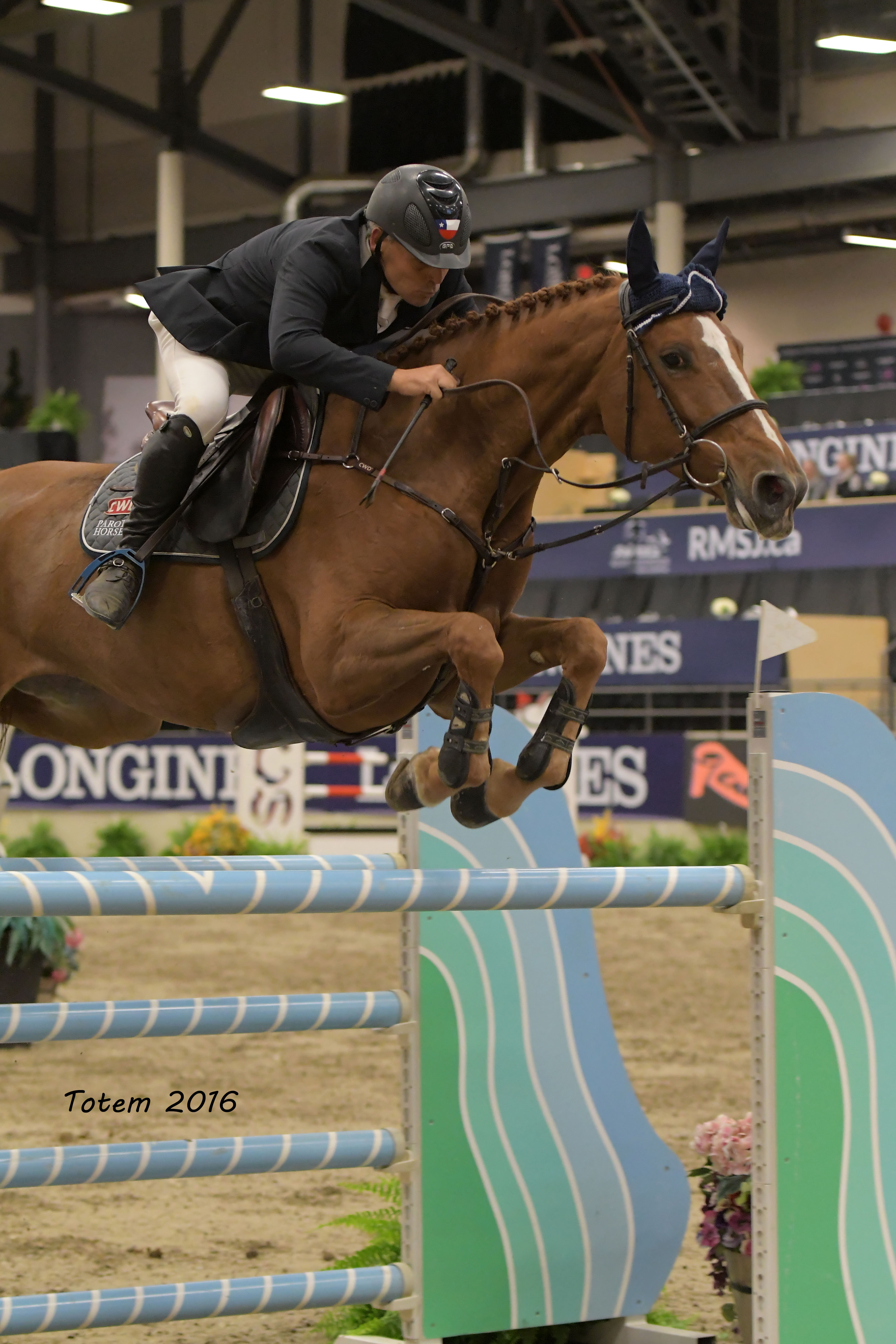 Just behind Parot in the very tight field was Coup De Chance ridden and trained by Elizabeth Gingras for B Gingras Equestrian Ltd. “I walked the course and found the plan I thought could be a winning ride. My little horse was quick and careful, and we almost pulled it off. I had a suspicion Sam would put up a fast time.”

Jamie McDonald, the owner of Camelot Stables, was thrilled to see such a close competition. “To see such a first-class competition in the FEI ring is a big step forward, and there’s more to come.”

John Anderson, president of Royal West said he’s ecstatic over the opening night. “Liz Gingras won the big event in our first year, Sam was the big winner last year. Hopefully they’ll let me win something this year.” Anderson said it’s great tribute to the event to have stars such as Parot and Gingras returning to the event. “It’s very gratifying to see.”

Earlier in the day, the $1,000 Royal West Championship 1.30m Phase 1 was won by Parot with a clear ride aboard Kanisso in a 60.43 time. Duncan with Jill Henselwood in the saddle took second place while Jaclyn Duff guided Stakkarus to the third-place ribbon.

Results for all the classes on Thursday day can be found at http://showgroundslive.com/rmsj/results/DailyResults

The action all culminates on Oct. 29 with the $132,000 Longines FEI World Cup™ Jumping Calgary. Tickets are available for all nights at $10 general admission.